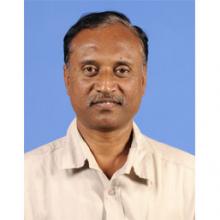 1. Developed fruit fly trap (as one of the inventors) for mango, annona, guava, citrus, papaya, banana and few other fruit trees affected by Bactrocera dorsalis. With the invention of technology nearly 30 to 58% loss to the farming community has been reduced.

3. The success story in south Indian states has made Odisha Jharkhand governments to adopt the technology and fruit fly traps are being popularized and mango growers are using in these states also.

7. Popularization of fruit fly trap has been done extensively in six states with a funding of nearly 125.00 lakhs from various agencies like NABARD, Bangalore; DBT, New Delhi; NHM, Lalbagh;

9. Organized “One Year Diploma Course in Horticulture” for rural youths successively for two years in collaboration with Department of Horticulture, Lalbagh under NHM grants.

10. Developed (as one of the inventor) organic gel for fruit fly management without toxicant. The technology is cost effective and is in pipeline for patenting.

11. Developed (as one of the inventors) improved impregnation technology for vegetable fruit fly (Bactrocera cucurbitae) traps for the successful management.

3. Patent submitted for “A cost effective eco friendly parapheromone trap for effective monitoring of fruit flies belonging to Bactocera spp for use in horticulture” Patent no. 1068/CHE/2010 dated 10/04/2010.

4. Patent submitted for “A bark growth formulation and a process for injury healing due to tree borers and wood decay fungus” Patent No. 3199?DEL/12-10-2012